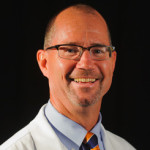 Dr. Callahan is originally from York, Pa., and attended Ursinus College, graduating in 1983 with a B.S. in biology. Upon graduating, he was commissioned a lieutenant in the United States Marine Corps and served on active duty from 1983 to 1986. After receiving his degree from the Philadelphia College of Osteopathic Medicine in 1991, he served a rotating internship at Suburban General Hospital in Norristown, Pa. In 1995 he completed his internal medicine residency at the Lankenau Hospital, followed by a two-year gastroenterology fellowship at the same institution.

Dr. Callahan practiced in Lewes, Del. prior to joining Main Line Endoscopy Center. He is married and has two sons.