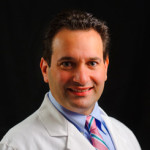 Dr. Scott Fink received his medical degree from New York University and his undergraduate degree at Cornell University. While in medical school, Dr. Fink pursued a Master’s in Public Health at the Harvard School of Public Health. He went on to complete his internship and residency in Internal Medicine at The Mount Sinai Medical Center in New York, N.Y. and his fellowship in Gastroenterology at Brigham and Women’s Hospital and Harvard Medical School. A winner of the prestigious Advanced Hepatology Fellowship Award from the American Association for the Study of Liver Diseases, he underwent additional fellowship training in advanced liver disease and liver transplantation at New York-Presbyterian Hospital/Columbia University Medical Center. He was on the faculty of the Columbia University College of Physicians and Surgeons and Weill Medical College of Cornell University and an attending physician at New York-Presbyterian Hospital’s Columbia University Medical Center and Weill Cornell Medical Center campuses from 2006-2011. Dr. Fink was director of the transplant hepatology fellowship training program at New York-Presbyterian.

A native of New York City, Dr. Fink comes to the Main Line with his Philadelphia-born wife and two children.